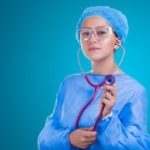 Is a nurse practitioner allowed to see Medicare patients on their own? The “incident to” guidelines state that the physician must see the patient on the first visit to establish the physician-patient relationship; from there onward, the NP can see the patient under direct supervision. Can the NP see a new patient without the doctor being present?

We will answer this question with the obvious caveat that the state licensure for the advanced practice provider (APP) must allow for the NP to see new patients and render the services provided without a physician present.

Medicare payment rules allow the NP to provide patient services without patient-physician contact on the date of service. Report the service provided and supported by documentation with the NP as rendering and billing provider (national provider identifier [NPI] for the NP) for the following evaluation/management services:

These visits do not qualify for “incident to” billing.

For Medicare, “incident to” visits are only allowed in the office setting and should be billed under the physician NPI as billing provider for the following:

For private payers, you will need to check your contracts or payer websites for appropriate billing and make sure that the NP is properly credentialed with each plan as required.

Other services that are provided by the NP and ordered by the physician such as catheterization, injection, etc. can be reported under the “incident to” rules similar to nursing and other staff reporting.

We had a case in which the patient came into the clinic on day 1 for a vasectomy. The vasectomy was completed on the left side. However, we were unable to secure the right vas. A right-sided vasectomy was scheduled and completed at the local surgical center on day 2. How would you code, since 55250 is for unilateral or bilateral procedures?

Can 50543 be billed with 50541? The AUAcodingtoday.com bundling matrix notes that a modifier is needed, but we are unclear about which one. We did a partial nephrectomy on a 2-cm mass, but in order to even approach this mass and do the surgery, we had to remove an 8-cm renal cyst. We did a cyst decortication. This is a private payer, so is the –XU modifier correct or –59?

According to your comments, it would appear that the cyst was removed to facilitate the procedure. If so, you should not bill for the ablation of the cyst even though you performed a full decortication.

The appropriate modifier would be –59 (Distinct Procedural Service) for private carriers unless that carrier has specifically stated that it recognizes the “X” modifiers. –XU (Unusual Non-Overlapping Service) should be appended for the Medicare patient.