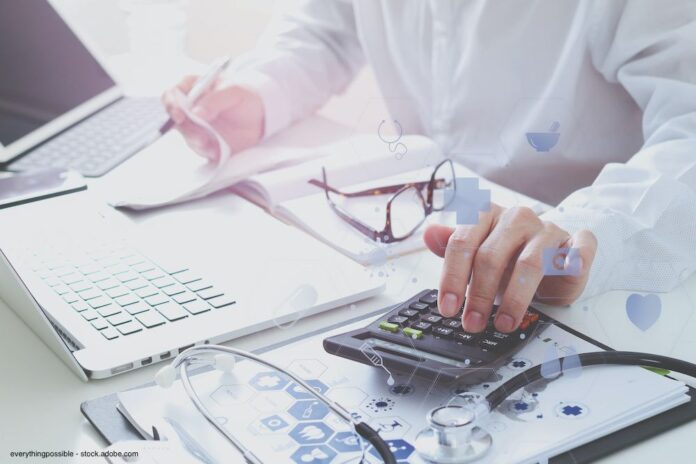 The following operative report was submitted: “A rigid cystoscope was used to intubate the meatus. The stent protruding from the left ureteral orifice was grasped with flexible grasper and brought to the meatus. A wire was inserted through the stent and the stent was removed. A flexible ureteroscope was advanced into the ureter and the 200-μm holmium laser fiber was used to fragment the ureter stone. Once this stone was treated, nephroscopy was performed and the holmium laser was used to laser the 3-mm calculus in the interpolar region of the kidney and also 2 calculi of 6 mm in the lower pole. A zero-tipped basket was used to retrieve the fragments. The ureteroscope was slowly withdrawn and no other calculi were seen in the ureter. The ureter was very dilated from the previously placed ureteral stent, and I elected not to place a new stent.”

The insurance carrier follows Medicare’s Medical Unlikely Edits (MUEs) and therefore will not pay for two 52523 codes in the same surgery. Our coders attached the code of 52353-LT to the claim and passed edit. Our provider read an article where one stone was lasered and the other was extracted with a basket and the XS modifier was used on the basket extraction procedure, and therefore the provider is insisting that the XS modifier be used. Please clarify your interpretation of the operative note and the potential use of XS when only 1 CPT code is submitted. We could not bill the stent removal as it was bundled in with the 52353. I appreciate your assistance in this.

When reviewing this operative note, it appears that the patient presented with a ureteral calculus

and also a few renal calculi, and they had been previously stented. You are correct that CPT code 52310 (cystourethroscopy, with removal of foreign body, calculus, or ureteral stent from urethra or bladder [separate procedure]; simple) is bundled to CPT code 52353 (cystourethroscopy, with ureteroscopy and/or pyeloscopy; with lithotripsy), so it cannot be billed separately. Therefore, CPT 52353 is the correct code to use for the lithotripsy of the ureteral calculus if a stent was not

replaced, which it was not in this case.

It is clear from the note you provided that 52353 was performed on 2 separate locations, if one interprets the ureter being a different location from the kidney. Your comment about this insurer following Medicare MUEs seems to be the problem you are bumping up against here. We have included a screen shot from the AUACodingToday website (www.auacoding-
today.prsnetwork.com) to help explain (Figure).

You can see from the red call-out box that the National Correct Coding Initiative (NCCI) lists the MUE as 1 under practitioner and with an adjudication modifier (MAI) of 2. Under Medicare rules (and this insurer, according to your question), Medicare will allow only 1 unit for the code to be reported on the same date of service. Anything above 1 unit will result in a denial. The rules apply to the entire claim and therefore, you are receiving an appropriate denial per Medicare NCCI instructions. You may be asking now, “How can I report a bilateral procedure if only 1 unit is allowed per date of service?” Medicare instructs that appropriate reporting of a code with an MUE of 1 and an MAI of 2 for bilateral services would be to report the code with modifier –50 with one (1) in the units box.

Note that if you were to review different codes, such as 52356 and 52353-XS, on the same claim, it would likely process for payment. MUEs apply on to the same code and with an MAI of 2 would only apply for that date of service. As 52356 and 52353 are listed as unbundling allowed with a modifier, and –XS is an appropriate code for the circumstances listed above, you could be paid for 2 laser stone treatments on the same side. We say “likely” to process for payment because, as we noted in our February “Coding Q&A” column1 CPT includes a note to this effect, which is also noted in the figure. Thus, billing for separate lasers on the same side would go against CPT rules when reported with 52353 and 52356, which a payer has the choice to enforce or ignore; this is an unfortunate rule that, in our opinion, does not allow for accurate compensation of the urologist for the work performed This leaves only modifier –22—“unusual service or procedure with manual review and variable treatment by payers”—as the only option for those providers whose payers follow NCCI and MUEs as a hope to get paid appropriately for the work performed.

You also mention above that a stone fragment was removed, which is reflected in code 52352 (stone manipulation). This code would be unaffected by MUEs for 52353; however, this opens up a second set of problems related to the definition of global and treatment guidelines in a separate section of Medicare rules. Your listing above indicates that the 52352 was used in follow-up to code 52353 to extract leftover fragments, implying that the manipulation was a part of the global of 52353 during that operative session. If, on the other hand, you indicated that the ureteral stone had been grasped and removed, this would have been considered “separate and distinct” from the laser stone treatment in the kidney and reporting with –XS would be appropriate and should be paid and supported with record review of the services. 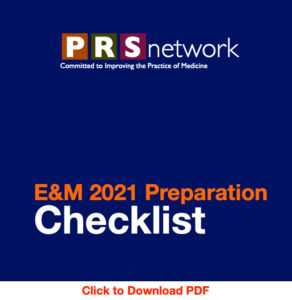 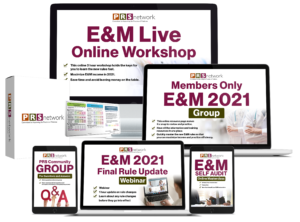