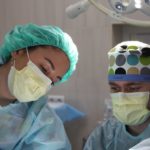 For scenario 1, in which you perform the prostatectomy and assist on the remainder of the surgery, Surgeon 1 would bill 51595 and 55840–80 or –82. You would bill 55840 and 51595–80 or –82 as appropriate. Modifier –80 specifies an “Assistant Surgeon.” According to CPT, surgical assistant services may be identified by adding modifier –80 to the usual procedure number(s). Modifier –82 specifies an “Assistant Surgeon” (when qualified resident surgeon not available). The unavailability of a qualified resident surgeon is a prerequisite for use of modifier –82 appended to the usual procedure code number(s) as appropriate.

It should be noted that payer policies and payment for assistant at surgery will vary if you are paid as primary surgeon during the same encounter. Also, you should consider that payment policies may allow the payer to review records to determine if the reason you are split-billing the procedure is appropriate clinically or is being provided simply for financial gain. As always, documentation should be clear on what is performed and should include medical support for the use of two surgeons as well as the appropriate diagnosis.

For the second scenario that you have listed in which you perform the lymphadenectomy and assist on the rest of the procedure, Medicare does not have a great option but private payers may.

For private payers, follow CPT definitions and use 51595 and 55840 and apply modifier –62 to 51595 and 55840-80 (or –82) (“Two Surgeons”). Per CPT, when two surgeons work together as primary surgeons performing distinct part(s) of a procedure, each surgeon should report his/her distinct operative work by adding modifier –62 to the procedure code and any associated add-on code(s) for that procedure as long as both surgeons continue to work together as primary surgeons. Each surgeon should report the co-surgery once using the same procedure code. If additional procedure(s), including add-on procedure(s), are performed during the same surgical session, separate code(s) may also be reported with modifier –62 added.

If a co-surgeon acts as an assistant in the performance of additional procedure(s), other than those reported with the modifier –62, during the same surgical session, those services may be reported using separate procedure code(s) with modifier –80 or modifier –82 added, as appropriate.

The problem you are up against with Medicare is that Medicare now requires that the two surgeons working together to perform the primary service be of different specialties. As you are both urologists, use of –62 would not be allowed when reporting the service to Medicare. As such, coding for Medicare should be 51595 and 55840 for the other urologist and 51595-80 and 55840-80 (–82 if you are in a teaching facility and a qualified resident is not available). As assistant at surgery, you are not required to dictate a separate operative note but must be referenced as being present for the critical portions or the entirety of the case in the primary surgeon’s note.