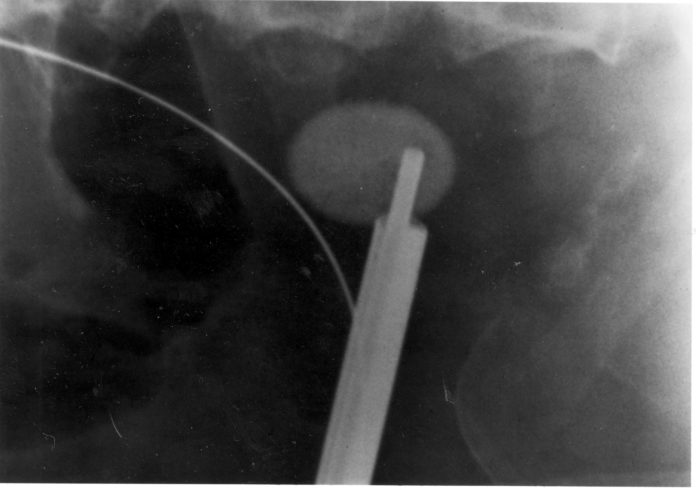 We receive a lot of questions on appropriately billing for multiple stones in the urinary track. If you treat urinary calculi, or you are involved in billing for a urologist that treats urinary calculi, you know the uncertainties that frustrates everyone involved. In this article We will attempt to simplify the process, on how you should use the – 59 modifier and the“X_” modifiers and how to bill according to each payers rules. that you need to use to arrive at the correct answer. We will use examples/scenarios to make clear the correct answer to most “Real life” treatment scenarios.

In order to arrive at the correct way to bill each insurance company, according to their rules for each patient you have to understand a number of rules.

There are two reasons for you to fully understand billing for multiple stones, the first obviously is for the patients to be sure they receive the best care possible and the second is to be sure the physician receives the maximum payment, legally and ethically, according to the payer contract.

For example, if you, the urologist and the facility are not paid for the extra time, equipment, and supplies, required to treat all the stones in the calyces as well as the stone obstructing the ureter, then the urologist may be forced to take out the symptomatic stone and leave the stones in the calyces behind. For the patient this could mean multiple recurrent trips to the OR that could have been prevented.

First and foremost, you need a full understanding of the key modifiers used in building for stones CPT (-59) for private payers and the –X_ modifiers for Medicare and all federal payers. The rules state that one should use the most appropriate modifier in all circumstances. Use RT and LT when applicable .RT and LT are considered more appropriate and will “unbundle” codes.

-59 Modifier – use for all private payers (unless specifically instructed by the payer to use the “X” modifiers) in the following circumstances.

CPT definition 59-Distinct Procedural Service: Under certain circumstances, it may be necessary to indicate that a procedure or service was distinct or independent from other non-E/M services performed on the same day. Modifier 59 is used to identify procedures/services, other than E/M services, that are not normally reported together, but are appropriate under the circumstances. Documentation must support a different session, different procedure or surgery, different site or organ system, separate incision/excision, separate lesion, or separate injury (or area of injury in extensive injuries) not ordinarily encountered or performed on the same day by the same individual. However, when another already established modifier is appropriate it should be used rather than modifier 59. Only if no more descriptive modifier is available, and the use of modifier 59 best explains the circumstances, should modifier 59 be used. Note: Modifier 59 should not be appended to an E/M service. To report a separate and distinct E/M service with a non-E/M service performed on the same date, see modifier 25.

In summary, the modifier 59 is used to identify procedures/services, other than E/M services, that are not normally reported together, but are appropriate under the circumstances

*Separate lesion or separated injury are not usually applicable to the treatment of stones. The AUA has determined that stones are not lesions, and Medicare has agreed.

The key modifiers are:

Payer payment rules and bundling edits were developed to prevent double payment for any service. Medicare is obsessed with the idea of not paying for any component of the same service twice

The correct use of these modifiers in billing for multiple stones requires the correct interpretation of separate structure/organ system and “unusual non-overlapping Service. In addition, you need to know how are you’re payer interprets the rules for that particular patient

The AUA’s coding and reimbursement committee published several key interpretations in AUA POLICY & ADVOCACY BRIEF: FEBRUARY 17, 2015 Modifier 59 or New Medicare Modifiers X{ESPU}: Which One Should I Use?

The AUA has no rulemaking authority, however they do have significant “influence”. Remember each player has the final say on what they will Pay for each of their contracts

If you disagree with the recommendations of the AUA, write a letter to the AUA – CRC and explain why you disagree, giving examples as needed, and make any recommended changes.

A patient with a 4mm stone in the right lower ureter and a 6mm stone in the same side kidney A ureteroscopy and basket removal of the ureteral stone was performed, followed by a cystourethroscopy, with lithotripsy of the kidney stone, following these procedures an indwelling stent was inserted

52356 – Cystourethroscopy, with ureteroscopy and/or pyeloscopy; with lithotripsy including insertion of indwelling ureteral stent (eg, Gibbons or double-J type)

52352 – Cystourethroscopy, with ureteroscopy and/or pyeloscopy; with removal or manipulation of calculus (ureteral catheterization is included)

A 5 mm stone was located in the upper right ureter and a 7 mm stone in the pelvis of the right kidney. A cystourethroscopy, with lithotripsy of both stones was performed and the fragments removed, following these procedures an indwelling stent was inserted

A patient is diagnosed with a 6 mm stone in the upper ureter and a 5 mm stone in the lower ureter on the same side. A cystourethroscopy, with lithotripsy was performed on both stones and a indwelling ureteral stent is inserted.

A patient is diagnosed with a 5 mm stone in the distal ureter and a 7 mm stone in the lower calyx of the kidney on the same side. Patient undergoes a ureteroscopy with lithotripsy for the ureteral stone and extracorporeal shock wave (ESWL) of the larger kidney stone during the same session.

A patient is diagnosed with a 4 mm stone in the upper ureter. Patient is scheduled for ureteroscopy with lithotripsy of the stone. During the same session, the urologist pushes the stone into the kidney (manipulation of the calculus prior to using lithotripsy to break up the stone).

A patient is diagnosed with a 7 mm stone in the kidney. Patient is scheduled for extracorporeal shock wave (ESWL) of the kidney stone. During the same session a large fragment, approximately 4 mm, fell into the upper ureter. Patient had the maximum shocks, necessitating ureteroscopy to remove the fragment.

The two procedures are bundled:

Note: The insertion of the stent should only be charged once

As these are two separate stones treated by the same operative techniques, this would not be considered an appropriate circumstance to code treatment of each stone, according to the recommendations of the AUA.

Current NCCI listings include 50590 and 52353 as “Mutually Exclusive”, but can be unbundled with a modifier.

Since the two procedures were performed on the same stone it would not be appropriate to append a 59 or any of the X modifiers.

As these are two separate stones in the same structure (organ) treated by the same operative technique, this would not be considered an appropriate circumstance to code treatment of each stone according to the AUA

Two separate stones in separate “organs” of the urinary tract.

The two codes are bundled, but can be unbundled with a modifier. This scenario presents a conundrum for all of us. First and foremost the two procedures were performed for the same stone and one answer would be:

According to Chapter 12 of the carriers manual a Medicare should pay for treatment of complications under multiple procedure guidelines:

In this case, I would consider the stone fragment blocking the Ureter as a complication requiring separate and significant extra work. -XU would be appropriate in reporting the separate effort required to treat the complication using a different but normally included procedure in the same organ structure.

Be aware the not all payers will agree and notes and an appeal will likely be required.