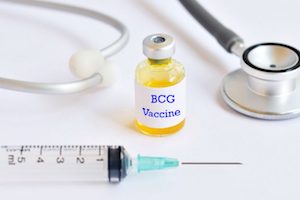 As most Urology Practices are aware there is a shortage of BCG that is projected to last throughout 2019. The AUA, LUGPA, AACU, BCAN, SUO and Urology Care Foundation have issued a joint letter with regard to the shortage. (Please reference their respective sites for this information.)   The letter included several suggestions for treatment of those with CA of the bladder during the shortage. One of the suggestions in the joint letter is a recommendation to conserve BCG by splitting BCG doses among multiple patients (2 or 3).

This is not the first time that BCG has been in short supply. In fact as recently as last year, Ray and I answered a question about billing for partial doses of BCG across multiple patients in the June 19, 2018 Urology Times question and answer article.

PRS, AUA, LUGPA, AACU, BCAN, SUO and Urology Care Foundation have been asking for guidance with regard to proper billing from CMS nationally and for direct advice from some of the Medicare Carrier Medical Directors.

This update is provided to assist with this ongoing problem. (note for the coding nerds we have added a P.S. section describing PRS rational for our recommendations.)

Novitas has stated that a single vial of BCG cannot be given to more than one patient. You may provide a partial dose of BCG to a patient, but you must discard the remainder of the drug (to report this, append -JW to J9031).

To make this clear: Novitas will allow a single does vial to be reported to Medicare for treatment of a single patient. Do not report with an unlisted code and do not use the any of the vial to treat another patient even if that other patient is not covered by Medicare.   The group we spoke with at Novitas agreed that this decision did not make sense given the shortage of the drug and certainly was not in the best interest of the patient.

Effective January 1, 2017, when billing for Part B drugs and biologicals (except those provided under CAP), the use of the JW modifier to identify unused drugs or biologicals from single use vials or single use packages that are appropriately discarded is required. The discarded amount shall be billed on a separate claim line using the JW modifier. Providers are required to document the discarded drug or biological in the patient’s medical record.

Additionally, if after administering the prescribed dosage of any given drug, the provider must discard the remainder of a single-use vial or other package, Medicare may cover the amount of the drug discarded along with the amount administered.

The following elements must be followed in order for the discarded amount to be covered.

Novitas indicated that it will take in a change in policy from CMS nationally to allow for billing to multiple patients. We will keep you updated if this changes.

WE RECOMMEND: If you have Novitas as your Medicare carrier we recommend that you follow this directive to use a vial of BCG for only one patient until otherwise notified.

The joint letter listed a few potential alternative drugs for patient treatment: Gemcitabine (J9201), epirubicin (J9178), docetaxel (J9171), valrubicin (J9357), mitomycin (J9280)  PRS research and discussion with the carrier for these alternative drug therapies do not appear to have LCDs that would prohibit use or billing for Novitas Patients being treated for CA of the bladder.

PRS as well as the Urology consortium listed above are working to obtain more clarity with regard to the situation and will keep posted as information becomes available.

P.S. Below is a summary of the PRS rational for our recommendations

PRS has recommended the following for reporting split doses of BCG:

To Report BCG split among 3 patients:

To Report BCG split among 2 patients:

We weighed the use of J3490 against the other following options for reporting the drug, and below are our conclusions:

Our Analysis: Rejected. Although exhibiting correct use of modifier: we did not feel there was a good way to report a 1/3 dose in the units’ box.  As many systems are programmed to hold whole numbers and not fractions.  Further, although the carrier’s manual does require manual review; we would encourage use of box 19 for explanation of partial dose.  We felt that the unlisted code would be more likely to be processed correctly.

Our Analysis: Rejected. Although the office would be reimbursed appropriately for the amount of drug used, the first patient would be over reported and the remaining patients receiving the drug would not be recorded appropriately.  Also, this would conflict with administration policy for Noridian.

Our Analysis: Rejected. Although this may be appropriate for a single patient, the remainder of the Single dose vial is not discarded but instead used on other patients.  If reported for 3 separate patients this would result in overbilling Medicare for the actual drug used.

Our Analysis: Rejected. We felt this was incorrect as the same vial would be billed 3 times resulting in over charging Medicare.

Our Analysis: Rejected.  We felt this was incorrect as the this would result in overreporting the amount provided to one patient and under report the drug used for the other patients. In addition this would violate payment policies for some payers that require that an administration code cannot be reported unless a drug is also reported on the claim.