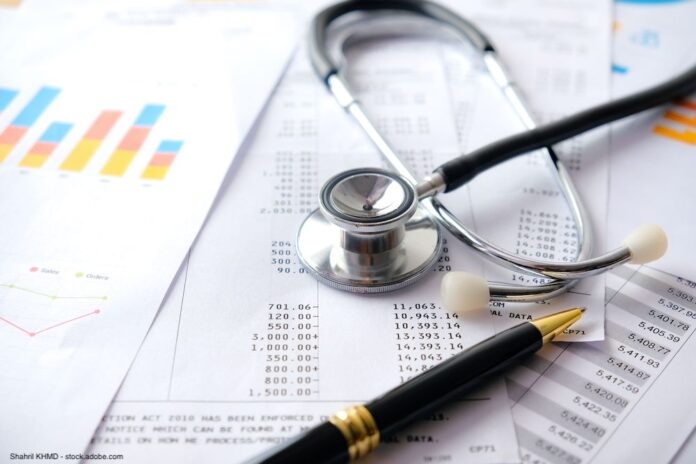 Physician involvement in responses to payer audits is crucial.

We decided to head in a different direction with this month’s column. We have done our best in many of our articles to impress upon the reader the importance of accurate and complete documentation, as the medical record serves as both the key to appropriate ongoing care for your patient and proof of services provided. Documentation is important to communicate what you are thinking, what you have done, and what you are planning in relation to each patient’s treatment, and therefore it is the key to being reimbursed for the work provided. Unfortunately, sometimes even thorough and complete documentation does not result in payment by an insurance company for quality medical care.

What insurance companies decide is or is not covered does not always make sense. Keeping up with coverage decisions for all your payers requires a coordinated effort by your entire staff. An efficient urology office will invest in this process. It is frustrating and takes time to develop and maintain, but once in place it will pay immediate dividends. The goal is to know if you are going to be paid before you provide the service and who is responsible for what portion of the amount owed to the practice.

You can do everything as planned and still run into frustrating delays and roadblocks and even the unexpected outright denial. These roadblocks, delays, speed bumps, and administrative/technicality denials seem to be on the rise. Even with well-documented charts, it may feel that insurers aren’t being true to their word of coverage or don’t have enough trust that the provider is using their skills and judgment for the best possible patient outcomes.

In addition, medical record requests prior to payment are all too commonplace, leading to frustrating delays in patient care. We also have seen an increase in reviews for services already paid, which further increases the expense of running a practice. Often, there is seemingly little method to this madness of requests. The requests that do not fit a clear pattern are what we would classify as probe audits.

Include supporting documentation with records

Regardless of which type of request you receive, make sure you send all relevant portions of the medical record requested. We have seen many medical records sent for review that support an evaluation and management service or procedure but are missing lab or imaging service reports that also were billed. Before sending in medical records, ensure that each service that was reported has the supporting documentation included. If the documentation cannot be found, explain the circumstance and, if appropriate, addend the medical record, but do so in a manner that clearly acknowledges the addendum.

Certainly, this is nothing like it used to be. There has never been a time when so much scrutiny has been placed on providers and practices. The obvious primary driver of medical record requests is money. The payers monitor billing patterns of providers and groups and will select notes for review based on billing patterns that do not conform to other urology groups. If your group demonstrates in a review that you are documenting well and understand the rules, you are less likely to be investigated further. If they find a problem that they were looking for based on your coding patterns (eg, uroflow test on a higher percentage of patients than average) or based on a random chart audit, you are likely to receive a request for repayment.

Although many payers will limit the takeback to the records reviewed with problems that have been identified, others will extrapolate the problem as a percentage of all claims with the same coding pattern and request a settlement in a larger amount. It is important to scrutinize any payers’ findings in these chart reviews.

We have been involved in a number of chart reviews. Most reviewers in these types of audits do not understand urology, and we have been able to get many “mistakes” overturned. To do so, it is extremely important to have the physician involved in the process. Although a coder/auditor should make the first pass in analyzing the payer audit, it is important to find out physician intent and prepare a response understood and signed by the physician. If your chart review agrees with the payer findings, you should admit the mistake and communicate any corrective actions that you are going to take to stop the practice. If these communications are verbal, record the conversations, if possible, or summarize the communication in a letter or email back to the payer. We do not recommend simply paying the requested takeback in any case. Respond to each finding, even if you agree with them and pay in full.

The record requests for individual services based either on the type of service provided or a seemingly random record request either prior to or after payment are similar. The process of gathering and submitting the medical record should not change; submit the entire record and check for support of all services reported. We recommend that you review and check with physicians regarding documentation only if needed instead of holding records for physician review. What you learn from these chart reviews will need to be communicated to the office as appropriate. If, for example, you find that a payer has implemented a policy that requires a specific test or treatment failure prior to treatment with a given surgery, make sure that the clinical records include the required test or treatment failure and that the surgical scheduler, physician, advanced practice provider, and nursing staff understand and document the requirements for each test. Stop the hemorrhage before it starts.

If your billing staff is monitoring payer websites and carefully reviewing billing requirements for any new technology, you will be able to avoid some of these takebacks but likely will not avoid medical record requests; at this point, you instead need to plan for this administrative delay in payment.

We have noticed an additional frustration in the medical record review process. Not all payers fall into this category. But we have received a growing number of reports of medical records that are submitted to the payer, who then sends the medical record to a review company that makes a recommendation back to payer. The payer then has the choice of how to act on the recommendation provided. This 2-tier process has created numerous problems. The most annoying is the number of records that are “lost” by the payer or the review company. We have seen some cases where medical records were submitted and acknowledged as received but later not found. Aside from being ridiculous, this surely violates some law or rule. But to date, the legal cost to prove this is difficult to justify. Perhaps someday soon, this payer practice will result in a class-action lawsuit.

In lieu of a class-action lawsuit, what can you do? Obviously, if the answer were easy it would have been implemented. At this point, it looks as though the problem will require an approach that is bigger than a single practice can handle, aside from accurate documentation and arguing cases aggressively, which can serve as a deterrent. Group action will likely require legal and contract changes that can be accomplished through state legislation. Because states regulate insurance, it is up to each state to introduce appropriate legislation to prohibit these practices. Your state medical society, urology state chapter, LUGPA, the American Association of Clinical Urologists, and the American Urological Association all have active lobbying groups that may be able to assist.

As this is not a urology-specific problem, coordinating with the state medical society is imperative. Look to other states to see what they have successfully implemented. Texas and other states have passed laws that restrict medical records request under monetary penalties if the record is requested prior to payment. If you are able get regulations passed in your state, the next step is to know your rights so you can enforce these new laws. Or, hopefully, if providers do such an excellent job with accurate billing and documentation that audits become futile and cost prohibitive for insurers, they will stop playing games with our charts. We don’t want this issue to tear us apart. But we do not see this problem going away without a groundswell of support and complaints. It is time to get active.