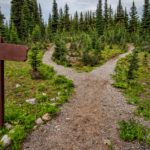 Switching from my current EMR – what does that mean?

I hear, quite often, how physicians are dissatisfied (diplomatic, no?) with their current EMR, and always open to switch to another, better, cheaper, faster, modern, better looking EMR that never goes down, never has glitches, saves money and time, runs on everything from an iPhone to a bathroom mirror and gives a back rub at the same time to boot. I hear physicians say ‘My MA worked with an EMR they loved; a consultant recommends this EMR; another doc tells me how great their system is; I can’t stand the one I’m on now.

Eventually, a decision to switch is made. A reach for that pen as one gets ready to sign a contract with a smiling salesperson repping the latest greatest EMR on earth. Can’t wait: Freedom, here I come!

Matter of fact, that’s a GREAT name for an EMR – The Freedom EMR!

Wait. STOP. Take a deep breath. Put the pen down. Switching from EMR to EMR is a very serious and costly proposition: a nightmare, in fact. Frustration and annoyance with a current EMR, whether it’s with the software, the people associated with it, cost, or all of the above is NOT, repeat NOT, a sufficient reason to switch. The incredible complexities of doing so, from interfaces to workflow to training to cost is almost beyond belief: a logistical nightmare is about to be yours.

I’ve been involved in several EMR migrations, both to and from. I can state unequivocally that, in every single instance, it’s been a lateral costly move that ends up increasing annoyance, frustration, and typically ends up being a complete waste of time, energy, and money.

I am currently involved in assessing EMRs, and it’s a very interesting process because I ask myself this question: what would make me think about switching? And I ask that question, gentle reader, KNOWING that switching EMRs is akin to getting divorced and then married again; knowing I’m way better off going to EMR counseling, figuring out ways to really get the most out of my software bride, making compromises where I have to because getting into an EMR: it’s a marriage. Deciding to leave? It’s a divorce. The grass is not greener on the other side of the fence; it probably will be a different shade of brown; money will not be saved but lost in terms of time, energy, training, expertise, and cash; it will take years to recover.

The answer to the ‘switch or not?’ question is, pick your bride carefully and go into it with the attitude of “this is until death do us part”. That’s “the right answer”.

However… There are many legitimate reasons to switch from one EMR to another. Sometimes, divorce does make sense!

Reason #1: Current EMR is getting put out to pasture: the software company is no longer going to support it. Well, there you have it: I’m getting forced to date elsewhere. That’s easy!

Reason #2: Sold the practice and I have to move to a new EMR because I’m no longer the boss. Ok, good enough, a no-brainer: you got it!

Reason #3: Next generation or new technology that is so compelling, from both a cost and strategic perspective, that to not make the switch is to diminish my chance at survival. For instance, my practice is part of an ACO that exchanges data with an HIE, a medical device, or another practice; I have to enable an esoteric Medical or Billing function; I can deploy a workflow that saves lives and money that is vastly more efficacious and cost-effective in the new software and not possible in the old; etc. and so forth: I’ve gotta be able to point to 2 or 3 huge software and business advantages as justification for ‘the switch’.

Reasons to Not Switch

So WAIT. STOP. Don’t do it unless you’ve got no other choice.

Not only will the new vendor NOT deliver sliced bread, they will increase your cost on every imaginable front: hardware, software, training, software dependability, billing. All the data that you’ve been entering in your old reviled system? Turns out it can’t be transferred: there’s too many unique aspects of one system compared to another, and now you’ve gotta pay for TWO systems, keeping a read only version around of the old one because you’ve gotta access details for your patients that the new system doesn’t have. This will go on for years: 7, to be exact, because you need to be able to access patient records for 7 years! And you will still have to pray that there’s no need to access old records for whatever legal cases come up… picture THAT conversation with your old EMR vendor: “Hey, old spurned EMR vendor, I need access to records that only you have.” Like any good divorcee, they’ll tell you to contact their lawyer. Woe is me, my friend: that’s a nasty position to be in and worse yet, you put yourself there: I believe that’s called shooting yourself in the foot.

You can’t transfer the data, no matter what they promised. Why? One database is built in MySQL, the other is built in Oracle, or Microsoft SQL, or NoSQL (yes, there is such a thing as NoSQL, and you can tell I’m a computer nerd because that’s a computer nerd joke): none of the database structures are the same, even when it comes to vanilla data items like prescriptions. The ‘new’ EMR has a CDA version of XYZ and won’t import the CDAs produced by the ‘old’ EMR which is producing CDA version ABC. Both are certified. Neither CDA has the information you were told it would. Vendors point fingers of blame at one another, the previous EMR vendors are no longer allies but at best are now professionally adversarial and even downright hostile; your practice has signed contracts and is making a hugely significant move under unrealistic time constraints that you’re just beginning to grasp the significance of: it’s a NIGHTMARE, folks, and it’s going to get worse for a long time, not better, just like a divorce. If your practice is not in good shape, this is the sort of thing that could put it under, literally, out of business, just like a divorce.

The list to consider when migrating? Let’s give it a very short incomplete once over: Interfaces moved? Lab, medication, various HIEs: Electronic prescribing interfaces get to be a real problem in this regard. Custom HL7 interfaces, custom reports, custom workflows forgotten about but depended upon, replicated? Patient portal moved? Your patients, your customers have to go to a different patient portal: their records aren’t there when they log in, their accounts aren’t established, etc and so forth. MAs trained? Physicians trained? Front desk trained? Schedules moved? Backups done of the old stuff and accessible? New workflows incorporated? The list goes on and on and the more you think about it the more mind-boggling it gets. Have to run reports for meaningful use from two different systems. Month end billing reports run from two different systems… why are we going through this? To save $133 per month? If it isn’t $10,000 per month you’re wasting your time and your staff’s time and… that’s why, if you’re the administrator of the clinic, you’re gonna get canned because it’s all your fault.

Should I or Shouldn’t I

Stop. Wait. Think. Breathe. This should be anything but an emotional decision. The reason you’re leaving an EMR should be something like merging with another practice, or it’s not certified for Meaningful Use/MACRA/Whatever, or there’s no integrated Practice Management module, or the software is getting sunset, put out to pasture, retired. Then you switch – because there’s no other option but to switch! And even then… vey is mir.

Read this article – in this particular case it cost $1.6 Billion, that’s Billion with a B, to switch: https://www.newyorker.com/magazine/2018/11/12/why-doctors-hate-their-computers. Costliest transition item? Training staff during working hours.

For EMR vendors it is truly down to a dog eat EMR world out there, and they’ll tell you anything at all to get the sale. Used to be Meaningful Use was driving every physician in the country to buy an EMR: the market was wide open. Uncle Sam was handing out $44K over a 3-5 year period to incent physicians to buy an EMR. Hundreds of software vendors got into the game, whether they knew what they were doing or not. Hospitals whet their lips, bought physicians to get the MU incentive and installed, or even wrote, their own EMRs by the dozens. Thousands of physicians bought, fearful of penalties, holding their breath, believing in the promise of software that promised to save them time, money, while simultaneously delivering actionable data that would bring better healthcare to the patient.

Basically, EMR vendors over-promised and under-delivered; they’re still doing it; physicians believed in the promise and are now bitterly disappointed; we’re all dealing with the fallout, but regardless:

STOP. Wait. Take a deep breath and then consider what it REALLY means to migrate from one EMR to another.

Better to work with people who understand the concepts of Billing, EHR – they’ll do their damndest to work with what you have, help you figure out a reasonable transfer if that’s what makes the most sense. All certified EMRs work pretty much the same: find the people who can help you leverage the perfectly serviceable system you have! Get the most out of your current system and only consider switching when the EMR you’re using is getting sunset, or you’ve been bought, or there’s a JV, or… you get the picture. Don’t get an unnecessary EMR divorce, get remarried to a new EMR, and wonder ‘what was I thinking!’