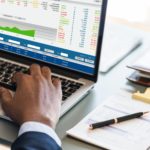 One of the most common complaints we hear is, “I am working harder and making less.” Even if you were perfect in billing and collections, this would be true. With few exceptions, Medicare and private payers have been holding reimbursement rates steady or decreasing payments per service for the past decade. During the same time period, your costs have increased.

What is worse, most of you are not being paid for all services that you provide. That means there is money on the table. You should claim your share. We are not suggesting that you overbill, add modifiers that should not be added, bill for services twice, unbundle, game the system, etc. We are only suggesting that you bill correctly for all the services provided and start working smarter.

Recovery Audit Contractor (RAC) audits in 2016 found over $69 million in claims that were underpaid, according to the report “Recovery Auditing in Medicare for Fiscal Year 2016.” The Comprehensive Error Rate Testing (CERT) programreported that a little over $1 billion was underpaid in 2017, according to an article from RACmonitor (bit.ly/RACdata). These numbers only represent errors in claims submitted for review. If we add the number of services that are not reported and the number of inappropriately denied claims or claims that were denied for administrative reasons that are not challenged or resubmitted, the number becomes much greater.

The comparable figures that were overpaid are as follows: RAC recovered over $400 million and the total amount CERT reported as being overpaid was $36 billion.

In total, the CERT program found that 9.5% of all claims were not paid correctly. Incidentally, if you are presented with an audit, dispute the claim. Sixty-five percent of all the Part B claims that were appealed were overturned in 2017.

Unfortunately, this is not a problem that you can totally blame on your billing staff, nor can they solve the problem by themselves. In 2017, CERT reported that insufficient documentation accounted for 64.1% of improper payment.

We have stated many times that if you’re one of those urologists who has ignored learning the rules and regulations for documentation, coding, and billing and leave it all to your billing staff, you are probably billing for some services you shouldn’t be paid for and you’re not billing for other services that you should be paid for. In other words, you’re leaving money on the table and probably leaving yourself open for “take backs.” The big problem is identification, documentation, and communication. You can’t expect an abstractor to read your mind or fill in the blanks for missing documentation. You have to help them.

If you think about it for a few minutes, you probably would agree. If you don’t know the rules, you may not be documenting appropriately and completely for services provided. Communication of the services provided is equally important. You know exactly which services you provided during an encounter and the reason you provided them. Some services, if provided for one reason, would be billable, but if provided for another reason, would not be billable. For example, let’s say you perform a lithotripsy to treat a stone and dilate the urethra during the same encounter. If there was a pre-existing stricture in the urethra that needed treatment, the dilation should be billed. However, if the urethra was narrow and you dilated to allow instrument insertion, it should not be billed.

There are several things that the urologist, as the captain of the ship, should do: